​There are plenty of LEGO sets out there based on cartoon characters that are made for kids. But, there are plenty of adults that want to build something that evokes feelings of nostalgia. That is why the Super Mario Brothers Nintendo Entertainment System 71374 is so appealing. This 18+ set recreates a scene from our childhood of the 1980s with both the NES system and a TV set with the game on the screen. It is a challenging build that brings together some unusual ideas and elements for a stunning piece of video game design. 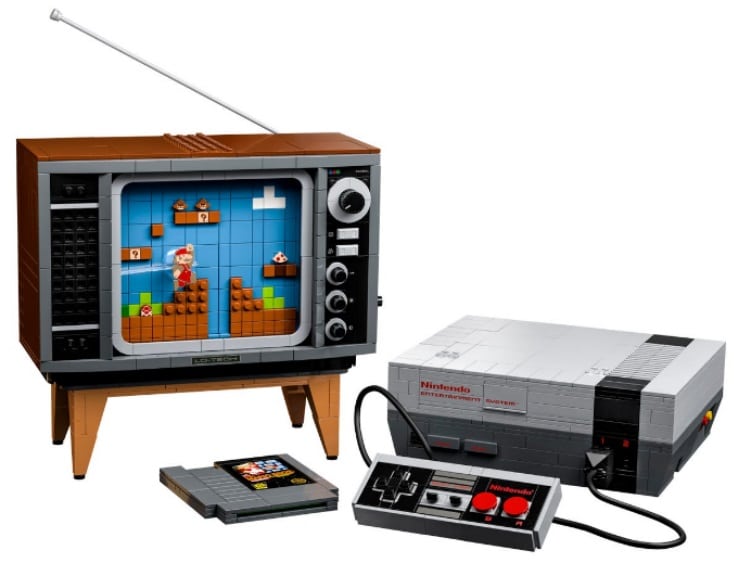 ​The gameplay on the buildable TV takes the set to another level.

Once the game inserted, it is time to play. This large LEGO set lets you build an old fashioned television, built into its little “wooden” cabinet, complete with buttons and dials. The star feature, however, is the moving game. Builders get to create a scene from the game that sits behind the screen. With a turn of the handle, the original level of the classic game plays out. Those that get the upgrade with the Mario figure for the top of the TV can enjoy other interactive features. But, this isn’t essential to enjoy the set. 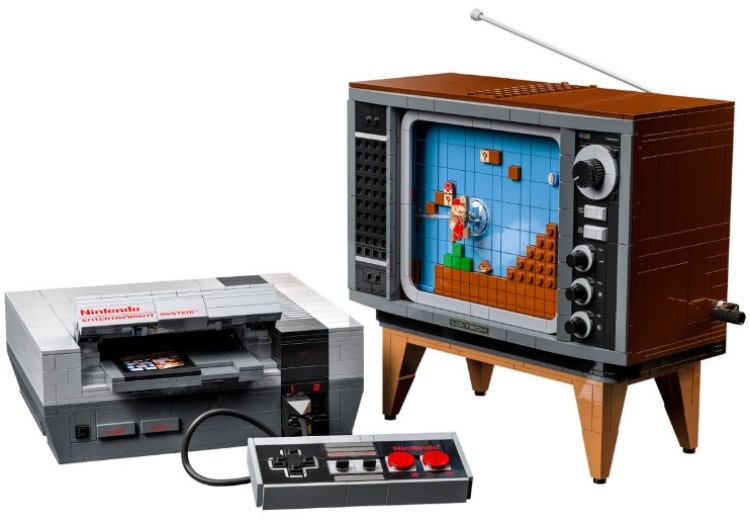 ​As you might expect from this complex set for teens, there are lots of pieces and details. There are 2646 pieces to sort through and carefully put into place to create this impressive build. But, it is worth the effort if you are a big fan of Nintendo or retro gaming in general. The final model of this Super Mario Brothers Nintendo Entertainment System 71374 is attractive and emotive and will look great in a LEGO collection or gaming room.