Disney fans will love being able to collect different characters in mini-figure form. However, there is another way to bring beloved stars into your collection – buildable models. The Disney Mickey Mouse & Minnie Mouse Buildable Characters 43179 Lego Set does just that with a 14’’ and 13’’ replica of the most famous mice in the world. 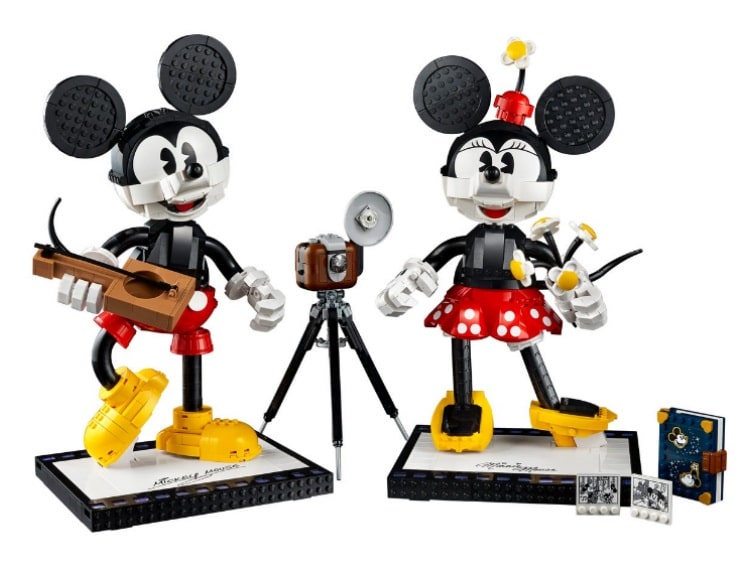 Enter your text here...Both of these famous mice come to life with posable features and fun accessories.

The most striking aspect of this challenging build is the posable nature of the two characters. Instead of offering a static build that takes the fun and life out of the two mice, This Disney LEGO set lets us manipulate the limbs into different positions. It is up to you where they keep their arms, and how their legs are bent. The trademark bow-legged appearance is cute but also brings some animation to the models. This is fitting because of the musical theme of the scenario.

Mickey and Minnie seem to be on a date. Mickey has a soap-box guitar with him so he can play a song for Minnie and dance to the tune. Minnie seems to love what she is hearing – something made possible by the addition of the interchangeable expressions. The cute posey of daisies in her hand probably helped to win her over. The whole experience is set to be captured on film. Presumably, they have set up a timer on their old-fashioned camera on its tripod so they can both be in the photo. A scrapbook is also included in the set so they can treasure the memories. 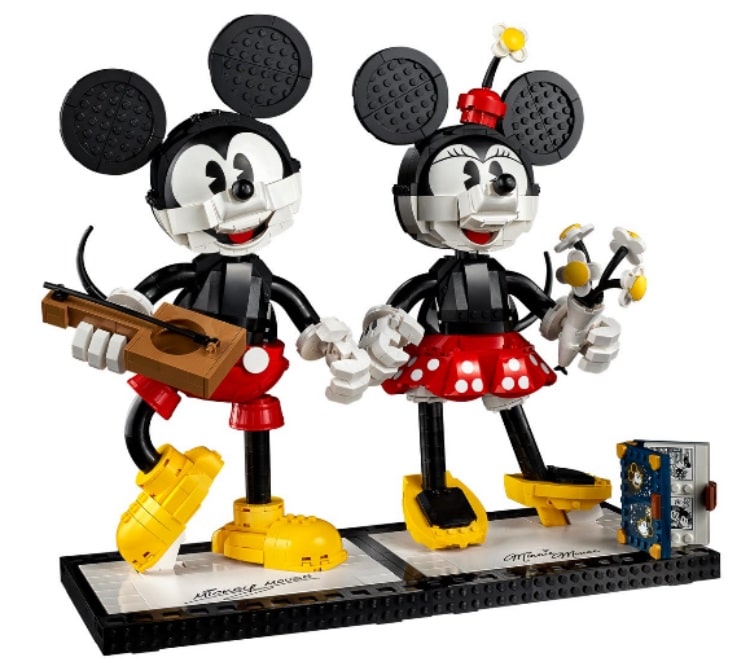 A lot of thought has gone into the design of these two classic characters in this cool LEGO set. It could have been easy for LEGO to lose some of the trademark features of the characters within a blocky build. However, these are pretty true to form. The costumes are as you would expect, right down to the spots on the costumes. A nice finishing touch is a film-reel design on the display stands. This is a much more stylish way to create a stable platform for the finished models.

Don’t assume that these cute mice will be an easy build.

The combination of bricks across the two models and accessories leads to an over 1000 piece LEGO set. There is also a recommended age of 18+. Therefore, this Disney Mickey Mouse & Minnie Mouse Buildable Characters 43179 Lego Set is one for the older Disney fan that wants a statement piece in their collection.