The great thing about the LEGO Star Wars range is that the designers are always trying to find new ways to improve on past designs. Often, it is enough just to make better use of the new LEGO bricks and colours that are on offer. With the new Star Wars R2-D2 Lego Set 75308, designers have gone even further with a series of interactive parts that tie into the movies. 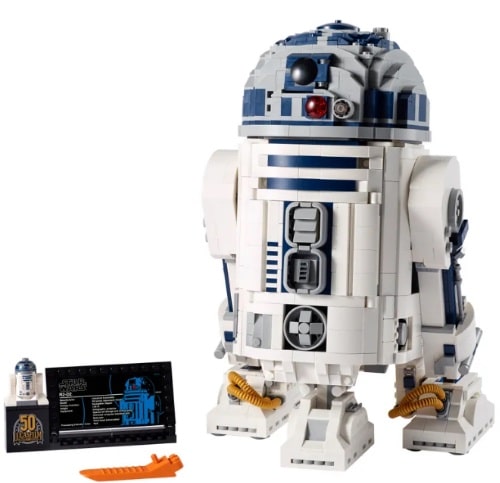 This large R2D2 model looks and behaves more like a real companion droid than any previous model.

First of all, this is a big LEGO set – bigger than you might expect at 31cm tall and 20cm wide. But, it needs to be that big in order to make room for all the details in the design and to create that nice domed shape on his head. There are 2314 bricks in total to form his body, rotating head, adjustable legs, and all the little details in between. It is going to be a labour of love for a lot of Star Wars fans to get everything in place, but it is worth it for the fun you get when he is finished.

Once assembled, there is so much that you can play about with to get the most out of this Star Wars LEGO set. 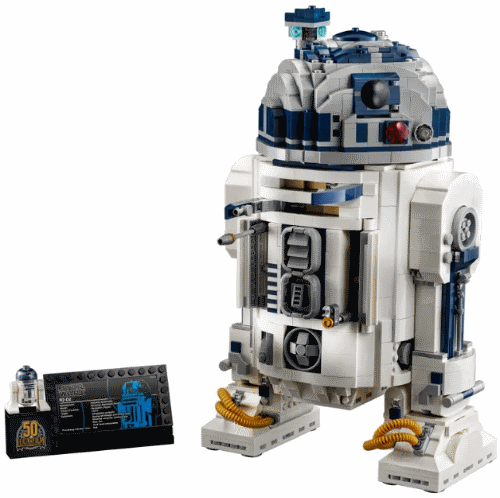 First of all, this droid can move more fluidly than other models, with the retractable leg drops to bring him into a driving stance. This feature is enhanced with the authentic cords coming out the feet. The rotating head has an additional periscope so that R2D2 can look for any Imperial forces nearby. You can also open the hatch at the front to access a range of tools. You can also find Luke’s lightsaber in a hidden compartment. In fact, the only thing he seemingly can’t do is project Leia’s message – maybe hologram tech will be a feature in 2031?

Whether used as a toy or a display piece, the Star Wars R2-D2 Lego Set 75308 is sure to wow other collectors and Star Wars fans.

The wonderful little finishing touch to this model is the display stand. Most popular collector’s items have some sort of informational plate alongside to add some gravitas and a fun fact or two. Here, there is a special new brick to celebrate the 50th anniversary of Lucasfilm and there is a cute little R2D2 figure on top. This impressive build is sure to be a hit with many fans of the franchise.