Star Wars LEGO sets are always a brilliant way to escape into another world while also enjoying a building challenge. The Star Wars Mos Eisley Cantina Lego Set 75290 is one of the biggest sets yet with an impressive structure, detailed interior, and other buildable details to add to the scene. This is a chance to not only step inside the Mos Eisley Cantina, but to also appreciate its design and significance in the Star Wars universe. 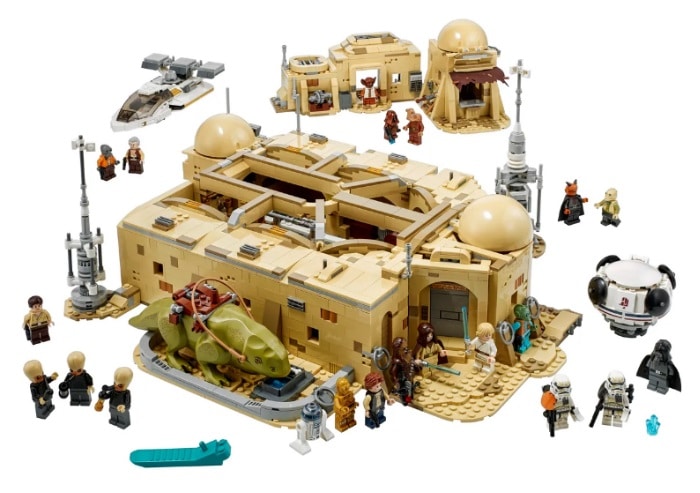 The Mos Eisley Cantina is a hive of activity, as you would expect.

The design of the build means that you can create the full building as a complete 3D model, but you also get t open it up to create scenes inside. Fold out the sides to reveal the different booths where characters from across the galaxy can drink, make deals, get into bar fights, and much more. We all know that Han shot first, but now you can prove it There is also the bar in the centre of the room with everything you need to make all kinds of drinks. The fine details on the décor transport you right into the film, to the point where you can hear the music in your head. 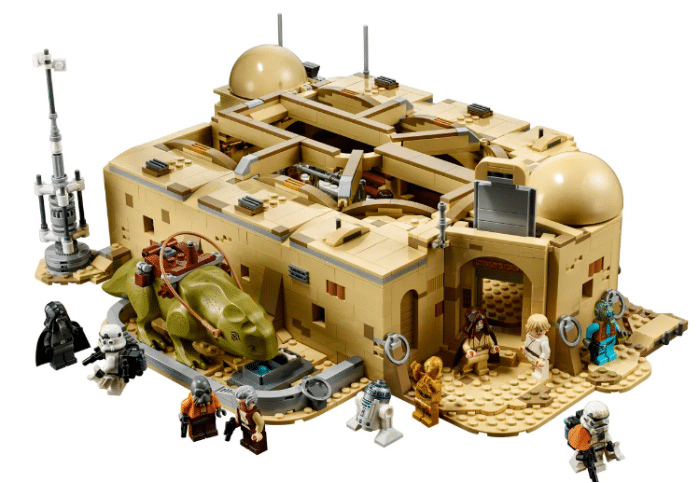 There is just as much to enjoy about this set on the outside too. Teens that aren’t too familiar with the original films will have a lot of fun creating their own storylines here. You get to see the architecture and create both the entrance and roof of this building. This adds another side to the building for exterior scenes and gameplay. This idea of creating new storylines on Tatooine is enhanced with the inclusion of the 2 buildable landspeeders and the large, ridable Dewback figure. With 21 figures in the set, there is no shortage of people to use them, and plenty of candidates for those bar fights.

The Star Wars Mos Eisley Cantina Lego Set 75290 is a set that keeps on giving.

There is a lot going on in this 3000 piece LEGO set. This massive range of pieces makes this one of the more difficult Star Wars sets for adults and it deserves its 18+ rating. This is a model that you want to take your time over in order to create the best possible environment for all those characters. The attention to detail and diverse options for creative play means that this is one of the best LEGO Star Wars kits yet.