There is a generalized age limit on the box of most of the new Episode 7 – The Force Awakens LEGO sets that they are for ages 8-14; while the lower age limit is hard to dispute with the amount of small pieces involved and the subject matter, there has to be some argument over […]

To call a LEGO Star Wars 7 set a must-have toy  is quite tricky because there are so many different elements of the new film that can be recreated in these famous bricks and different collectors will be after different things. The Kylo Ren Command Shuttle has to be near the top of many lists, […] 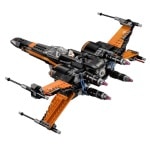 When the designers of Star Wars 7 toys were thinking about the possibilities to entice a new generation of kids, LEGO was an obvious direction to take – as was the choice to make a LEGO Force Awakens X-Wing. The X-Wing Fighter is a pretty iconic craft from Star Wars mythology and fans of the […]

No Star Wars battle is complete without stormtroopers, and this troop builder set has everything you need. Featuring characters seen in the movie Star Wars Episode 7, this 7 piece action figure set is a perfect addition to your child’s Star Wars collection. The figure troop builder comes with 7 actions figures and 14 accessories. […] 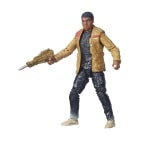 The Star Wars saga began in 1977 and continues to delight adults and children alike 38 years later. The newest episode, Star Wars Episode 7: The Force Awakens opens in December 2015 and is sure to be a big hit. Children and collectors will be delighted with the new toys based on characters from the […]

It is no surprise at the moment that a Star War 7 figure is rated at the #1 release on Amazon for action and toy figures but that is precisely what has happened with the Black Series 6 inch Kylo Ren. Part of the appeal of the new Star Wars film is that it is […]

For a while now, there has been one Star Wars 7 toy that has been on the wish list of many fans of the franchise, and even a few less-fanatic toy buyers that cannot help be won over by the design and potential. The Sphero BB-8 App Enabled Droid has been capturing the imaginations of […]

Everyone wants their child to learn as much as they should be learning for the age that they are at. Children are more likely to learn things if it is fun and there is a new educational and active video gaming system that is designed just for children aged between three and eight years. This […]

Spidey has been a consistent standard Halloween costume choice for decades, and with good reason. After all, who hasn’t heard the story of Peter Parker? The socially awkward but intellectually gifted underdog who was raised by his aunt and uncle received his first storyline in 1962. After being bitten by a radioactive spider during a […]

Captain America has been a fan favorite since Marvel released the first comic in 1941. Small, scrawny weakling, Steve Rogers – a WWII soldier, was a character every boy could relate to at one point or another. Especially in that era. The fact that he, specifically, was administered the Super Soldier Serum made him an […]